Jun
17
8 Likes 39 Comments 5,321 Views
We are back!​
As you have noticed, we are back with a full server and a new Lead and Senior Admin Team consisting of:
Lead Admin: @Snusmumriken
Senior Admins:
We are still missing at least one Senior Admin. Contact @Snusmumriken if you are interested.

We have also opened up a training server available to anyone including all maps and Test Airfield. Every member of the BASED has rights to enable the RCON and change map.
Password is training

Stay BASED! and have fun,

Hi Squaddies,
I know, I know, you might be thinking "Finally, what took so long?" Well, development has been pretty crazy recently. There is a lot of work currently being done on some critical and fundamental systems that have required a significant portion of our team to focus on them. Due to the complex nature of the work currently being done, we have decided to transition to smaller content related releases while we are all waiting on v10, including videos, Dev blogs, and articles.
One of the first steps towards this was to release a small content patch that came with some highly anticipated systems, such as mortars and IEDs in v9.4. Alpha 9.4 proceeded an experimental event along with an article relating to some research trips the team did in preparation for the future development.
Okay, so what have you been up to you might ask? Everyone has been hard at work getting new maps, art assets, animations, and a plethora of other items.So, how about we just show you some of the stuff we have been working on since we last did our recap back in January! 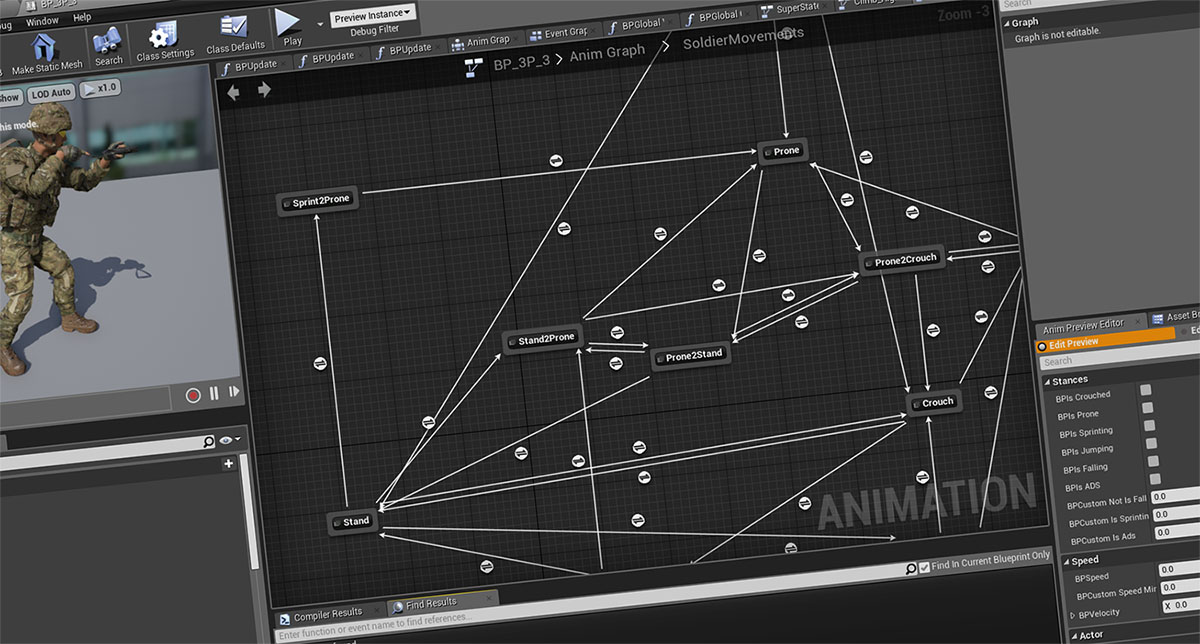 It has been a while since the last map update highlight and today we'd like to bring you Vadso City.


Click on image to view full size.​
To begin, the bushes were redone for gameplay reasons. Lower in height than before, tweaked density, no longer casting shadows to blend in more and re-exported 3D model itself to fix some issues, they should hopefully be less detrimental to gameplay. Click on images to view full size.​
Lightmaps were also optimized, reducing the large amount of textures loaded while also increasing quality in other areas. For anyone struggling with memory issues this should come as a welcome.

Next up, Advance and Secure (AAS). The infamous southern route has been removed along with the island flag. Three flag routes now focus on the city and points of interest closer to center of map. Domes of Death were expanded.

CAS and tanks were removed opting instead for a mix of BTR-80, BRDM-2 and MTLB on Russian side against Warrior, Scimitar, Land Rover and Panther on British side in terms of assets. ​
AAS Alternative now holds an inverted layout with Russians starting at Camp Nyborgmoen and...
by BASED Bot at 22:13
Continue reading...
May 20, 2017

​
Today we release a small patch to fix some issues that appeared from yesterdays update.

Want to help us prevent these bugs from being released? Sign up as a tester today.

​
Today we add a few new assets to the game. Including a new deployable for our insurgent forces. As well as further fixes and changes. Enjoy the update! Do note we are still working on and refining the much discussed weapon damage model. This release does not feature any changes to the damage model but more will come in the near future.

​
Another small patch for PR:BF2 with an iteration of the damage changes of last week and some other small fixes and changes See below for more in-depth information on the changes to the weapon damage model.

v1.4.9.0 is available now for servers and will soon be available to clients through the automated updater.

The full damage chart and hit boxes you can see below:

​
Another small patch for PR:BF2 but with some big impacts to gameplay which you can read in the DevBlog here. As well as a first set of fixes to the new beta map Sahel introduced in v1.4.7.0 based on the early feedback (don't forget to give your own here). Enjoy the update!

v1.4.8.0 is available now for servers and will soon be available to clients through the automated updater.

​
Outside from the usual fixes and smaller changes, this update marks a change in development for PR:BF2. Introducing new maps to the players was sometimes difficult as initial feedback would be scarce and only based on a few public play sessions during events. Today we introduce a new system by releasing a map before it's completion to all players and servers. This will offer us more feedback and will allow the mapping team to complete the new maps with this information in mind. We then also ask players to post their feedback and bug reports in the forums.

The first map we will introduce under this new system is Sahel. A 2x2km map being the first PR map in the jungle of Africa. Do note that under this new system the map will be visually incomplete and have more issues then usual. It also does not support a high amount of gamemodes and layers. The map is likely to be removed in a future patch awaiting it's completion and full release.